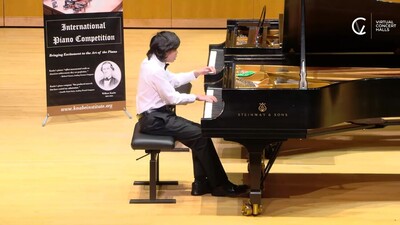 Final Round Performance Piece:
Sonata in G Major, Op. 31, No. 1 Mvt. 1 by Ludwig van Beethoven
The Nutcracker Suite, Op 71a, Mvt. 7 "Andante Maestoso" by Pyotr Tchaikovsky
​
​Norman Lu is a 12-years-old 7th grader student at Oak Hill Middle School in Newton, MA. He started playing piano at the age of 4. Norman enjoys sharing his music in recitals and concerts and has given public performances in such venues as Boston Symphony Hall, Carnegie Hall, Merkin Concert Hall, Williams Hall Boston and Earl & Darielle Linehan Concert Hall. Noman has been honored to win top prizes of many local, regional and international competitions, including Grand Price of 2020 XI Hartford Chopin International Piano Competition, Steinway National Piano Competition, Radda Rise International Piano Competition, William Knabe International Piano Competition. Music has been an essential part of Noman’s life, and his music has brought joy to both himself and the people around him. Norman experienced a perspective changing event when a woman at a nursing home where he frequently performed confessed that his playing brought up some of her “best memories”. Norman is currently studying at New England Conservatory Prep school with Konstantinos Papadakis. 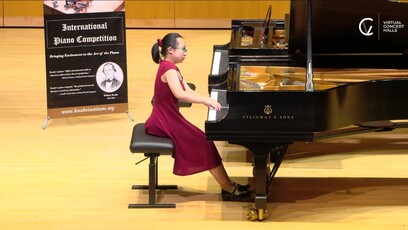 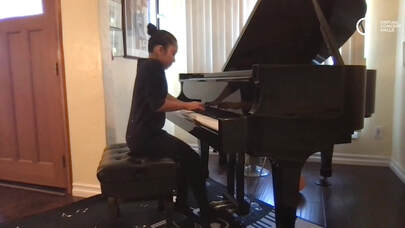 Final Round Performance Piece:
Improvisation No. 1 in B Minor by Francis Poulenc
Concert Etude S. 145, No. 2 "Gnomenreigen" by Franz Liszt

Sora started playing piano at 2 years of age. She started performing recitals at 4 and competing at 5. In 2021, Sora won 1st place in the Runan International Piano competition.  She also won 2nd place in the United States Open Music Competition Show Case piano solo and piano Concerto.  She is an outstanding gold medalist of the USOMC and won 1st place in Silicon Valley Music Competition and East Bay Music Festival competition. In her free time, she enjoys playing video games, biking, and skateboarding and speaks both Spanish and Japanese fluently. 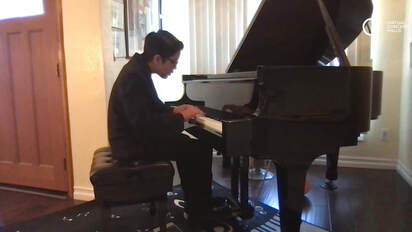 ​Oliver began to study piano at the age of 3 and began competing at the age of 5. He won 1st place in Ranun international piano competition, the Silicon Valley music competition, and the Cambana music competition. He also won 3rd place in the United States Open Music Competition showcase solo and concerto. When he’s away from the piano he enjoys video games, biking, and skateboarding and speaks both Spanish and Japanese fluently. 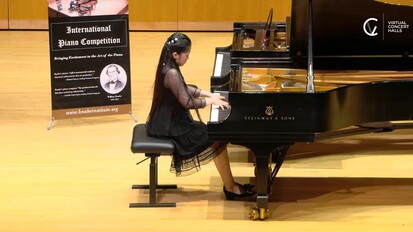 Final Round Performance Piece:
Ballade No. 3 in A-Flat Major, Op. 47 by Frédéric Chopin
​
​Jingyuan Zheng is a young pianist from Xi 'an, China. She began studying piano at the age of 4 with Tianying Zhao and Xiaoya Shi. In 2018 she studied with Natalia Fillippova at the Music Middle School Affiliated with the Shanghai Conservatory of Music. Jingyuan has won many piano related awards. Piano has enriched her life and brought her many opportunities. Because of piano she was able to leave her hometown and see the world. Piano has also provided her with the opportunity to study different cultures and foster her communication skills. She accredits piano for improving her persistence and self-discipline as well as her ability to handle stress.