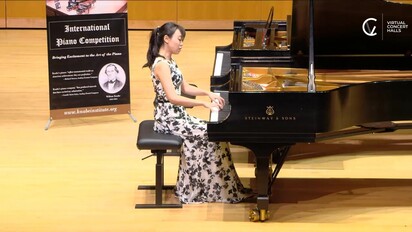 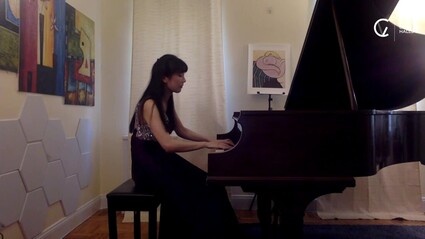 Final Round Performance Piece:
Trois Morceaux pour Piano by Lili Boulanger, I. D'un Vieux jardin, III. Cortege
Sontata for Piano in E Major by Marianne von Martinez, I. Allegro
Soirees Musicales, Op. 6 By Clara Schumann
​​
JingCi Liu, a native of Tianjin, China, is currently pursuing a DMA in Piano Performance at the University of Connecticut and studying with the director of the keyboard studies, Dr. Angelina Gadeliya. Most recently, Ms. Liu won the First Place of 2021 Chopin Malaysia International Competition and 2021 Global Outstanding Chinese Artist. She was won numerous other prizes including Gold Prize of The WPTA 2020 2nd Finland International Piano Competition (Piano Solo & Piano Duo Division), 5th Place of 2020 Conero International Piano Competition, Distinction Award at 2020 Vienna International Music Competition. Ms. Liu holds both Professional Studies Diploma and Master of Music Degrees from the Mannes School of Music of The New School, where she was under Bulgarian-American pianist Pavlina's guidance Dokovska and received Steinway Award for an outstanding graduate pianist in 2020. Her first solo album will feature all-female composers from the 18th to 20th century under KNS Classical label. Ms. Liu believes that as a professional musician in the 21st century, it is crucial to her to not only being an artist but also an advocator and educator to connect the people and community closely. Furthermore, to influence the next generation within the strengths of the music. 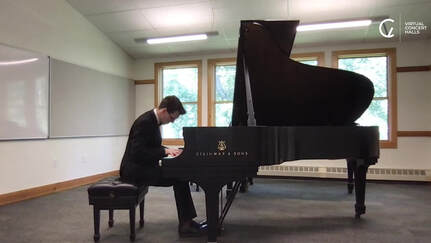 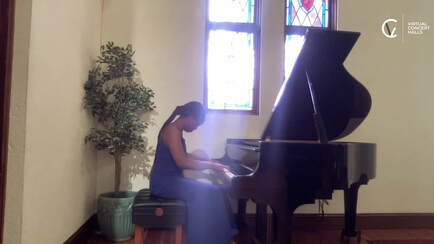 Final Round Performance Piece:
Sontata in F-Sharp Minor, K. 25,  By Domenico Scarlatti
Sonata in G Major, K. 427, by Domenico Scarlatti
Les Soirees des Nazelles, V. Le Charme enjoleur by Francis Poulenc
Piano Sonata No. 1 in C Minor, Op. 21, Mvt. 1 by Cecile Chaminade
​
​Jasmine Ogiste is a student at Oberlin College and Conservatory where she is pursuing degrees in Environmental Studies and Piano Performance. Jas was born and raised in Harlem, New York where she attended the Harlem School of the Arts, as a student in the Preparatory Program, and Bloomingdale School of Music. During the summers of 2016, 2017, and 2018, Jas attended Kinhaven Music Festival in Weston, Vermont as a collaborative pianist, where she worked on both technically and musically challenging repertoire including Schubert’s Trout Quintet in A Major, Khachaturian Clarinet Trio, Debussy Piano Trio in G Major, and Beethoven Piano Trio, Op. 26 among others. At Oberlin, Jas studies with Haewon Song and regularly performs as a solo and collaborative pianist. In December of her sophomore year, she constructed and performed a duo piano recital with Oberlin pianist Kenji Anderson, performing Poulenc’s Sonata for Four Hands and Philip Glass Four Movements for Two Pianos. Jas is also a member of Oberlin Conservatory’s Black Musicians Guild (OCBMG) and Latinx Music Association (LMU).