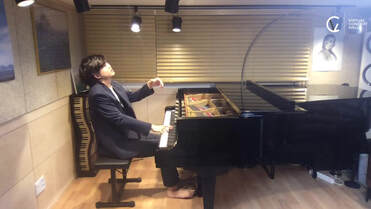 Final Round Performance Piece:
Fantasie in C Major, Op. 17, Mvt. 1 by Robert Schumann
​
Song-Hyeon Kim has performed as a soloist with orchestras including the Eurasian Philharmonic Orchestra, Busan Philharmonic, and Yewon Philharmonic. Following his debut recital at the age of twelve, he has given numerous performances including the Yamaha Rising Artist Concert Series, Korean Young Pianists Series with Pianist Yekwon Sunwoo, MPYC Rising Star Concert Series. Song-Hyeon has also performed at the Alice Tully Hall of the Lincoln center in the CMS Young Musicians Concert. He became the winner of several competitions in his home country, also he has won the fourth prize of the International Tchaikovsky Competition for Young Musicians in 2017. In 2018, he became the Semifinalist of the International Hamamatsu Piano Competition. He states that piano is his life and that he is too invested to “simply define music as an interest”. 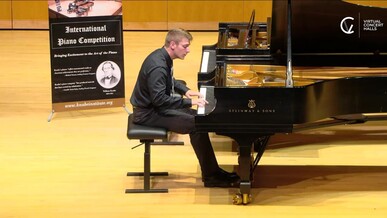 Tanner Jorden began his piano studies at age 7. After five years of leisurely playing, he decided to seriously pursue the study of piano. At age 13, he began winning and competing in local, state, regional, national, and international competitions. In 2018 and 2020 Tanner won the Montana Association of Symphony Orchestras concerto competition, which led to him debuting with the Great Falls Symphony and performing with additional symphonies a total of nine times. He also received first place in the American Protege International Concerto competition and gave a debut performance at Carnegie Hall. Tanner has received first place at the MTNA state competition the last four years. At the regional competitions, he received honorable mention twice and advanced to the national competition twice. Tanner has attended festivals across the world including the Tel Hai Masterclasses, PianoTexas, BYU Institute, and USU Piano Festival. He has participated in masterclasses with Vladimir Ocvhinnikov, Brian Ganz, Andrew von Oeyen, Scott Holden, Del Parkinson, Fei Fei, and Jay Mauchley. Piano has changed the direction of Tanner's life by prioritizing what matters. He believes music is therapeutic for people and enjoys being able to help others by giving frequent solo recitals. 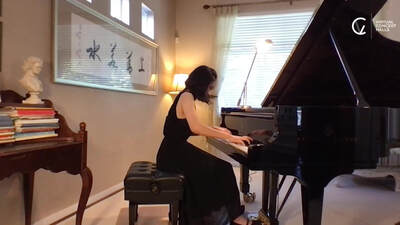 Final Round Performance Piece:
La Valse, poeme choregraphique, M. 72 by Maurice Ravel
​​
Athena began her piano studies at age 4 and currently studies with Stanislav Ioudenitch and Dang Thai Son in Oberlin. She made her orchestral debut at age 11, playing Prokofiev Piano Concerto No. 3 in C major with the Vancouver Metropolitan Orchestra. She has also collaborated with orchestras such as the Volgograd Philharmonic Orchestra, the Uzbekistan National Symphony Orchestra, the Richmond Orchestra, and the Virginia Waring Orchestra. She has been awarded many prizes, including 1st prize in the Beijing International Music Festival in 2018, 1st place in the 2017 National Canadian Music Competition, the 2016 Tom Lee Most Outstanding Pianist of the Kiwanis Music Festival, and 1st place of the Virginia Waring International Piano Competition in Palm Desert in 2015. She has been selected and awarded scholarships to participate the Miami Frost Chopin Festival, the Lake Como Summer Festival, the Beijing International Music Festival, and the Southeastern Piano Festival. 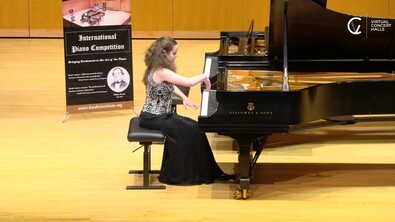 Alyssa Gabrilovich, age 14, is an 8th grade student at Welsh Valley Middle School near Philadelphia, PA.  Alyssa began studying piano at the age of six and has been a student of Dr. Igor Resnianski since she was eight.  Alyssa has won top prizes in numerous state, national, and international piano competitions including Chicago International Music Competition, Kaufman Music Center International Youth Piano Competition, Paderewski International Piano Competition, West Chester University Pre-Collegiate Piano Competition, Steinway Piano competition, Cunningham Piano Competition, and more. Alyssa has been a winner of the Pennsylvania state (2017, 2018, and 2019) and Eastern Division (2020) MTNA competitions.  Alyssa made her concerto debut at the age of 9 as a winner of the Southeastern Pennsylvania Symphony Orchestra concerto competition. She has also performed as a soloist with the Ambler Symphony and Old York Road Symphony Orchestras. Alyssa frequently performs at local venues and has appeared in such venues as the Weill Recital Hall at Carnegie Hall, Kimmel Center, and Merkin Concert Hall.  She was featured in WWFM broadcasted series Kids on Keys and performed twice live at the WRTI 90.1FM studio. 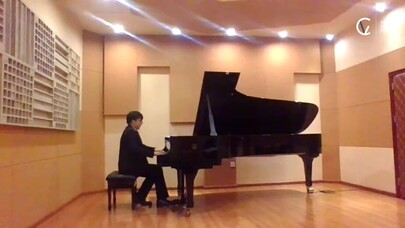 Fuyin Liu began studying piano at the age of 5. He states that his first three years were with “boring” and “strict” finger practice. I wasn’t until he met a teacher by the name of James Brown that he began to like paying piano. Since then he has studied with German pianist Klaus Bassler and in the Berlin Art Academy Berlin art university Julius stern institute and Bach gymnasium.