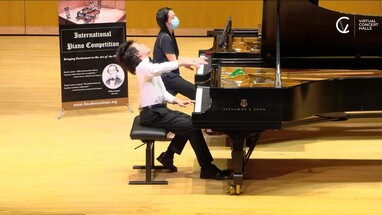 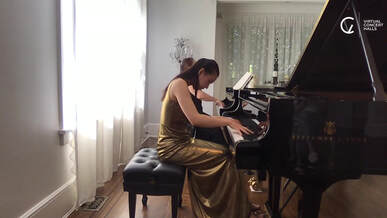 Final Round Performance Piece:
Piano Concerto No. 1 in E Minor, op 11, Mvt. 1 by Frédéric Chopin
​​
Ke Nicole Hu was born in Pittsburgh in 2003. She began studying piano at age 6.  She studied in Vancouver with Canadian pianist Ian Parker, who greatly diversified her musical palate and enriched her understanding of the instrument. As a boarding junior at St. Paul’s School, she studies at NEC Preparatory under Professor Victor Rosenbaum and is a member of the BYSO. She has won national and international competitions, including the Canadian Music Competition, Seattle International Music Competition, etc., and performed as a soloist with Vancouver Philharmonic Orchestra and West Coast Symphony. She states that music has been an “integral part” of her identity. From performing with orchestras to practicing for three hours daily, music has brought her joy, opportunities, and allowed her to discover, liberate, express herself. Today, she performs not only for her own enjoyment, but to share the beauty and joy of music with her community and with the “imaginative universe that all writers, musicians, and artists share and co-create”. 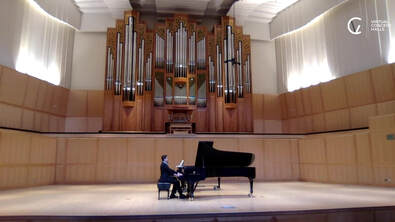 Conrad Flake is 14-years old and began studying piano at age 3. He has competed in various international and local competitions in Connecticut, Hong Kong, New York, Vienna, Austria, and most recently Utah. Some of Conrad’s most enjoyable highlights included performing at Carnegie Hall in New York, Musikverein in Vienna, Temple Square Assembly Hall, and with the Utah Summer Arts Festival Orchestra at Libby Gardner Hall here in Utah. Conrad has had the privilege of studying with several wonderful teachers over the years and currently studies with Dr. Ning Lu. He previously studied with Svitlana Fiorito and Yoshie Akimoto in Connecticut, and Ms. Julie Kuok in Hong Kong. He states that piano has connected him to “many people from divers backgrounds” that he wouldn’t have otherwise known. Thus, piano has made him more appreciative and grateful.