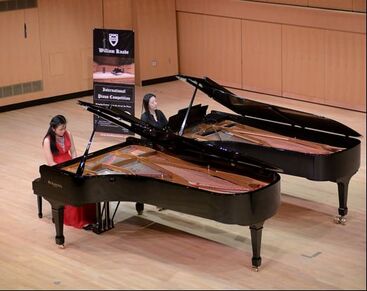 Final Round Performance Pieces:
Concerto No. 5, Op. 73, I. Allegro, by Ludwig van Beethoven

Madison Yan is a 10th grade student at Dreyfoos High School of the Arts, majoring in Piano. She started studying piano at the age of five. Madison began her studies with Dr. Irena Kofman and has studied with Prof. Kevin P. Kenner since 2016. Since 2014. Madison has won numerous awards from local events, state, and international competitions. She taken home 1st prize numerous times including the Florida Federation Music Club concerto competition four years in a row, and in its senior division in, Florida State Music Teachers Association Concerto Competition Junior Division. As a performer she made her orchestra debut was in with Great Miami Youth Symphony as has also performed Beethoven Concerto No. 5 with Alhambra Orchestra. In addition, she is actively involved in local community events and plays piano for fundraiser or senior communities.
​ 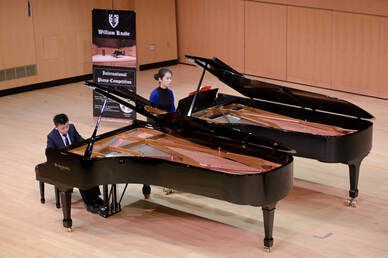 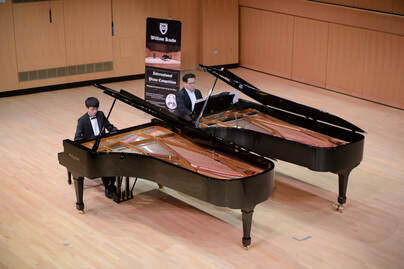 Final Round Performance Piece:
Concerto No. 4, Op. 58, I. Allegro moderato, by Ludwig van Beethoven
​​
​​Thomas Se-Roam Kim, 15, is a freshman at Battlefield High School in Prince William County. He began his piano studies at the age of 7 and has been studying under Dr. MiHyang Joo for the past 8 years. Thomas is the 1st Place Winner of the 2019 PSO Young Artist Concerto Competition, 2019 NVMTA Robert Spencer Piano Concerto Competition, 2018-2019 AAMS International Piano Competition. He is also a 2nd  Place Winner of 2018 William Knabe International Competition. Thomas has performed at venues such as the Carnegie Hall, Weill Recital Hall, Jazz at Lincoln Center, Kennedy Center's Millennium Stage, Hylton Performing Arts Center, Mansion at Strathmore, and many more. Piano has positively impacted Thomas’ life, shaping who he is as a person and changing how he views music. It enables him to express freely whereas he would have difficulties doing so in words. 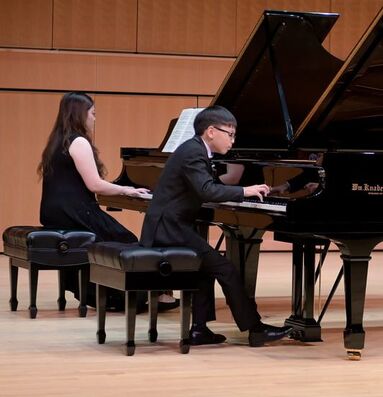 Matthew Chang, ten years old, has been studying piano with Dr. Kuei-I Wu for five years. Though very young he boasts an impressive array of awards and prizes with International Piano Competitions. Matthew received Exceptional Young Talent Special Prize and The Kern Foundation "Aspiration" Award on ROSALYN TURECK INTERNATIONAL BACH COMPETITION. He has played with the Washington Conservatory Orchestra, played in Europe at the Metallener Saal Muskkverein in Austrian, and performed in the Carnegie Hall multiple times. He also performed in The Poland and German Embassies respectively in Washington D.C. as one of the winners of KOSCIUSZKO Foundation Chopin Competition. Matthew is known for his “enchanting” playing and it even has been written about him, “What struck one about this young player was not just that he possessed command and polish in every regard, but that he projected the life of each distinct phrase with a joyful and intense involvement. His rhythm was not merely solid, but also full of dance-like energy.” 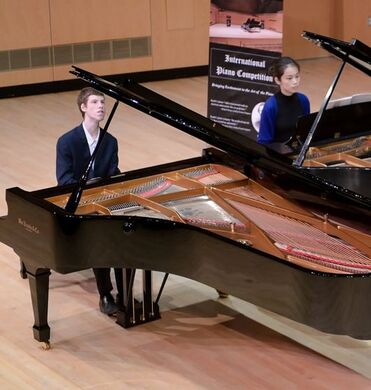 Final Round Performance Piece:
Concerto No. 1, Op.11, I. Allegro Maestoso by Frédéric Chopin

​Mykola was born in Ukraine on December 9, 2001 with a congenital disorder. Diagnosis and treatment of the disease began at four years of age. The diagnosis was upsetting and music lessons became the only hope for his recovery. Since none of existing teaching techniques were suitable for Mykola, his parents came up with a unique specialized method of teaching him piano lessons. With the ability to play the piano, special exercise and healthy diet, his physical and mental health gradually improved. At the age of 7, he became one of the best students at a specialized music school in Kharkiv. He graduated the school and currently is a student of the Latoshinskiy Kharkiv Musical College, one of the oldest and the most respectable musical colleges established in 1883.  During his studies, Mykola has participated in more than 70 international and domestic competitions where he has placed high or won most of them. He also composes his own music and dreams about playing internationally. For Mykola, music is an art of sound which helps him to expresses thoughts and emotions. He says, that music requires honesty and discipline, “you just have to honestly play what a composer wrote.” 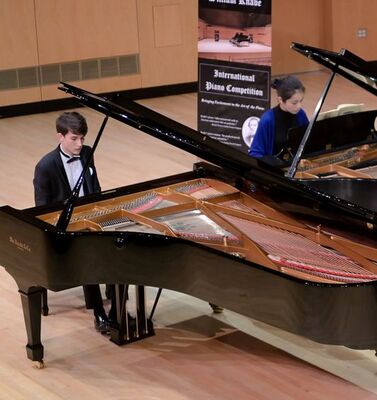 Final Round Performance Piece:
Concerto in A minor, Op. 16, I. Allegro molto moderato, by Edvard Grieg

Kaan Turan is a fifteen years old American Collegiate Institute student. He started playing the piano when he was six years old. Since 2014, he has been the student of Payam Susanni. He is a two time 1st prize winner of the Mozart Academy Piano Competition, and also 1st prize winner of the International Pro Piano Competition in Romania, Bucharest and the Lovere Tadini piano competition in Italy. He has attended lots of aid concerts. He played Haydn Piano Concerto in D major with Izmir Rotary symphony orchestra, performing his own composed cadenza. He has also used his gifts for charity where proceeds were donated to paralyzed children. In to performing he has studied composition with Deniz Kocaman for five years. One of Kaan’s pieces for piano and vocal went on to the finals in BESOM Composition Competition. Music has taught Kaan the value of discipline and self-expression and he strives to be a successful musician.