​Haozhou Wang has already established himself as one of the finest pianists of the next generation. He was the winner of Juilliard's 2017 Gina Bachauer and Frederich Nordmann Piano Competitions. He was awarded first prize in 2015 for the seventh Yamaha USA International Piano Competition held in Phoenix, Arizona. In 2013, he was awarded the first prize and overall grand prize of the 5th Cadenza National Cup Chinese Youth Piano Competition. Haozhou was also the first prize winner of the 2nd Italy Imola International Piano Competition held in Beijing, which helped launch him as a recognized international and global rising star. Haozhou Wang started studying the piano at age of three and half. In 2014, he studied with Ignat Solzhenitsyn, Eleanor Sokoloff, and Susan Starr. Currently, Haozhou studies at Juilliard with Matti Raekallio. 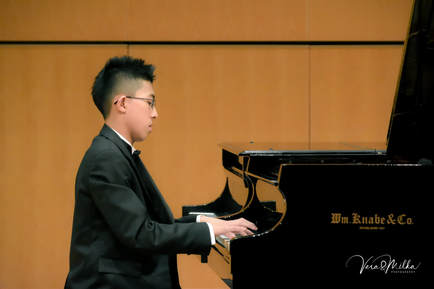 Final Round Performance Pieces:
Étude in B Minor, Op. 25, No. 10 by Frédéric Chopin
Jeux d'eau by Maurice Ravel

Thomas Se-Roam Kim, fourteen years of age, is an 8th grader in Prince William County, Virginia. He started studying piano with Dr. MiHyang Joo in 2011 when he was seven years old. Thomas recently participated in the 2018 James Bland Competition, in which he was a winner of district 24-A and competed at the state level in May at Glen Allen, Virginia. He also was chosen as one of the top three finalists in the 2018 Piedmont Symphony Orchestra Young Artist's Competition, performing the Schumann Piano Concerto with the Piedmont Symphony Orchestra. He has won many other competitions, such as the 2018 East Carolina University Piano Competition, 2017 Asian American Music Society International Competition, 2017 Richmond Symphony Orchestra League Concerto Competition, 2016-2017 Robert Spencer Concerto Competition, and the 2017 Northern Virginia Music Teachers' Association Achievement Awards. Thomas was also awarded the grand prize of the 2017 American Fine Arts Festival International Concerto Competition.  Piano has greatly impacted Thomas's life by allowing him to express himself freely through music rather then words. Piano has taught Thomas what passion, dedication, and devotion is, and it has helped him with concentration and self confidence. He cannot imagine his life without piano and would like to become a concert pianist. 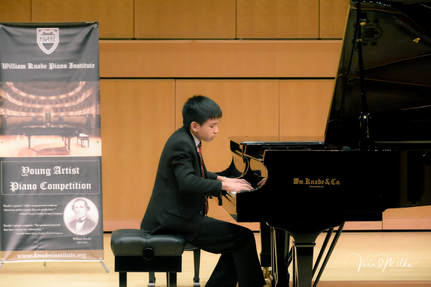 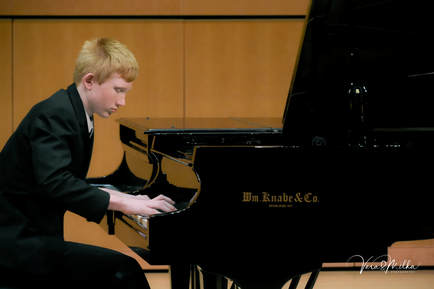 Final Round Performance Piece:
Étude in A Minor, Op. 25, No. 11 by Frédéric Chopin
Pieces for Piano "Suggestion Diabolique," Op. 4, No. 4 by Sergei Prokofiev