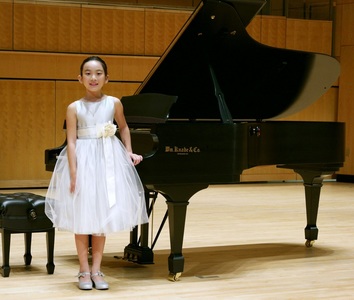 Final Round Performance Piece: Béla Bartók, Evening in the Country

Jenny Zheng, 9, started her piano lessons at the Seasharp Music Studio in Rockville, MD with director and pianist, Ms. Vivian Kwok when she was 6.  Jenny was the first place winner at the American Protégé International Music Talent Competition Fall 2014 and performed at Carnegie Hall in New York in April 2015. In October 2015, she won third place in the Asian American Music Society International Competition. In January 2016, Jenny was invited to the Bartok Music Festival in Maryland.  She also played at The Russian Festival at Strathmore Mansion in North Bethesda, Maryland.

Playing piano has added fun in Jenny's life.  She enjoys it, and with this skill, she is able to perform at various community centers, at schools, and at other fund-raising projects.  Piano has also helped her to stay focused, build self-confidence, and boost her commitment to hard-work. 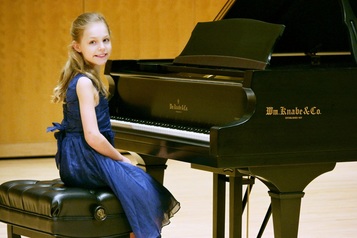 ​Anna is eight years old and loves discovering the joy of music, especially the diversity of the piano repertoire. She started playing at the age of six, and over the past two years, the piano has become an indispensable part of her life. When asked what her favorite aspect of the piano is, Anna says "sharing music by performing and studying with my amazing teacher, Dr. Marjorie Lee". Her greatest achievements this year have been to play at the Hungarian Embassy and winning third place in the Robert Spencer Concerto Competition. She also received an Honorable Mention at her first Judged Recital. In her free time, Anna enjoys writing, riding her bicycle, reading, and swimming. 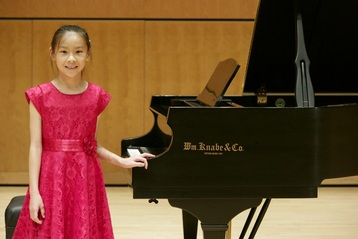 Jessica Wang, 9, is a third grader in Spark Matsunaga Elementary School in Maryland. She started her piano study with Dr. Marjorie Lee five years ago. In 2015, she won first place in the Maryland State Music Teachers Association Spring Piano Solo Competition, second place in the International Young Artist Piano Competition, NVMTA District Audition, NVMTA Concerto Festival and Ensemble Competition, and WMTA Viola Hartman Piano Competition. She received Honors in the 2015 NVMTA Sonata competition. Recently, she won third place in the WMTA Bi-Annual Bartok Piano Competition. Piano has impacted Jessica's life. Through playing piano, she has developed a love for classical music. She is also gradually learning how to face challenges and the importance of hard work. 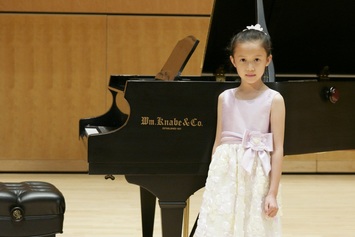 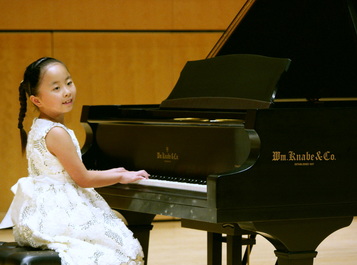 Annie is a 2nd grader at Manor Woods Elementary School, MD. Besides piano, Annie also plays cello. She enjoys drawing, reading, dancing, rope jumping, rock climbing and making riddles and traveling with family. Through piano study, Annie not only learns how to play music notes, but also express herself in a musical way. She is also beginning to understand and appreciate the type of work ethic which is the key to successful playing.